The Brumbies kept their unbeaten run in tack when they beat the Reds 22-20 with a last minute penalty on Saturday.

It seems the Brumbies are making a habit in snatching wins in the final minutes off matches.

The Brumbies had the better start and with Fainga’a try was leading at the break The Reds only response was a penalty from O’Conner.

It was a much better second half start for the Reds with both Wilson and Scott-Young getting over for tries. With a penalty added by O’Connor the Reds had a handy lead and all to do for the Brumbies.

With 10 minutes left the Brumbies came back at the Reds with a try by McInerney and a penalty by Hansen to turn it around for them.

Heartbreak for the Reds but joy for the Brumbies 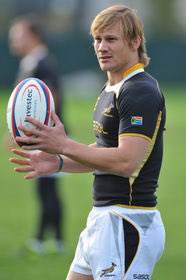 Pumas has been the success for so many players...will follow his progress, great talent https://t.co/DDUQ2d7I25
h J R
Follow @ruggaworld