Irish champions Leinster started their campaign with a bonus point win over French side Montpellier on over the weekend.

They scored five tries to secure a 35-14 bonus point win in their opening match of the season. With Josh van der Flier, Ciaran Frawley and Dave Kearney all getting tries in the first half Leinster had a 20-6 at half-time.

In the second half Leavy and O’Brien scored for Leinster with Ngandebe the only one that got over the line for Montpellier. 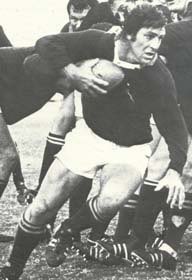