This weekend sees the start of the Autumn Nations Cup in Europe and we have plenty of international matches to look forward too.

It will be fastest fingers first on the remote to keep track of all the games with the Super Rugby Unlocked, Mitre Cup, Tri-Nations and PRO14 also ongoing.

The Test Series kicks off on Friday when Ireland and Wales meet in Dublin followed by Saturdays test between Italy v Scotland and England v Georgia. The first round of matches will close on Sunday when France and Fiji face each other in Paris.

Ireland v Wales on any given day is a massive test and what a great way to start the Autumn Nations Cup with on Friday evening.

It will be a special test for Thomas Francis who will earn his 50th cap and Alun Wyn Jone making his 150th test appearance.

Francis will pack down next to Carre and Elias with Rowlands and Jones in the second row.

Justin Tipuric has recover from his injury and will be with Lewis-Hughes and Faletau for this test match.

Wales backline is unchanged with Davies and Biggar at half-back, Watkin and Davies in the midfield and Adams, Williams and Halfpenny the back three.

It has been a difficult year for both Wales and Ireland this year with both coaches under pressure to perform better than what they did in the Six Nations.

In the last five test matches Wales have manage one win and that against Italy.

Ireland done better in the Six Nations leading the log until the last round of matches but Andy Farrell will not be happy with the away losses against England and France which eventually cost them the title.

Ireland will go in this test as slight favorites but Wales can never be under estimated.

For Ireland James Lowe will make his debut on Friday. He has scored three times for Leinster in two matches this season and is a player to look out for.

He will join Keenan and Stockdale in the back three for this weekend clash. In the midfield we see Henshaw and Farrell with Gibson-Park linking up with Sexton.

In the second row Henderson returns to partner Ryan with an all Leinster front row in Healy, Kelleher and Porter.

Van der Flier, Doris and O’Mahony will form the back row this weekend.

Scotland will travel to Italy on Saturday to get their Autumn Nations Cup underway and it will be a must win for Townsend men.

Townsend has said in the media this week if they want to compete for the top spot in Group B then the win is non negotiable.

Scotland will have plenty of confidence going into this match after beating Wales for the first time since 2002 in the last round of the Six Nations.

The Scottish side will know that Italy will target this game and will come out with all they got at home this weekend.

Townsend has given Duncan Weir the number ten jumper for this weekend after he suffered injuries to both Finn Russell and Adam Hastings.

He also made two more changes in the backs with Sam Johnson coming in at 12 and Duhan van der Merwe moving to the bench.

In the pack McInally replace Brown at hooker with Turner as backup on the bench.

Italy has been the punching bag in the Six Nations and Franco Smith will want to make a better impression in the Nations Cup.

The newly crowned Six Nations Champions, England will start their campaign against Georgia on Saturday.

This should be an easy win for England and although we expect some resistance from Georgia to start with, England should get pass them.

There has been a lot off talk over the past few years on Georgia joining the Six Nations and this tournament will give them the platform to proof that they deserve a look.

Both Jack Willis and Ollie Lawrence have been name in the starting XV with Willis to make his debut for England.

Farrell and Youngs will form the half-back combination with Ollie Lawrence and Henry Slade in the midfield.

The front row will see Genge playing at looshead, Stuart at tighthead and George at hooker.

Billy Vunipola will be at number eight again with Maro Itoje playing on the blindside.

Joseph, May and Daly make up the back three for this weekend test.

The last match this weekend in round 1 will see France take on Fiji in Paris.

France have been a team on the up and will be one of the favorites again which makes this a very difficult match for Fiji first up.

It is always an unknown when it comes to sides like Fiji because we do not see much of team like them and difficult to see how they will go in a tournament like this.

It is also a known fact that France sometimes just struggle against these so called small small unions and we have got used to expect the unknown when it comes to French rugby but they should have this in the bag.

There is already a lot of talk about France being a contender for the 2023 World Cup and they have started their first year after the 2019 World Cup well, but you need to build consistency and winning against teams like Fiji.

All the matches will be live on SuperSport 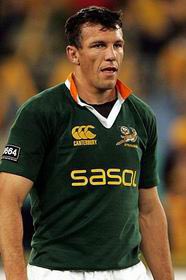 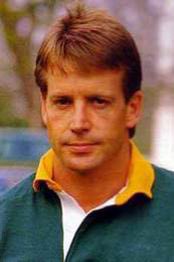